This day was quite a killer due to the heat. There was a short ride to the ferry terminal, then a ferry to the nearby island of Cres (the ‘c’ being pronounced like the ‘z’s in “pizza”). By the time we made it off the ferry it was getting towards the middle of the day. The first 8km or so off the ferry was a steady climb and the heat was really getting to us. We were a little disheartened by the time we got to Cres town. The Melbourne couple we met on the ferry Matt and Vanessa seemed to fare a lot better on their 8 speed commuters!

We spent the whole afternoon drinking beer, eating icecream, and trying to hide in the shade. We couldn’t catch a ferry out of there though, so our only option was to continue riding down the island. The first 12km was uphill, but then it was flat along the top of the island. There was a fantastic bit of new smooth road which was easy riding.

Osor was another well positioned campground near a town. Although the town of Osor wasn’t as nice as Krk, it had its charms. It’s a small town of about 80 people, with a centre square with stairs leading into it and a couple of small cobbled streets. The town guards a small bridge over the channel between the islands of Cres and Lošinj. We enjoyed a dinner of spaghetti with a couple of beers as we watched the sun sink below the waves. 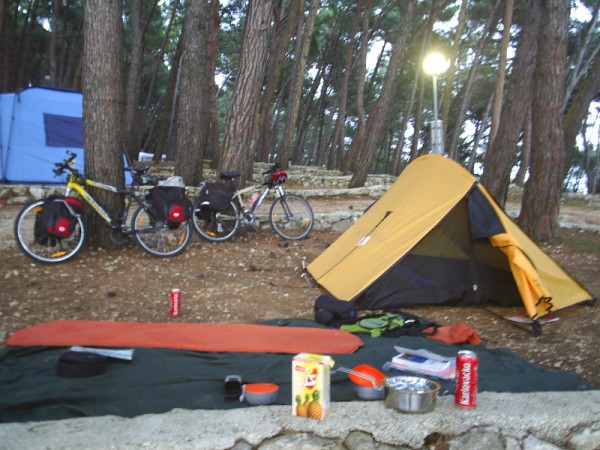 The Campsite at Osor 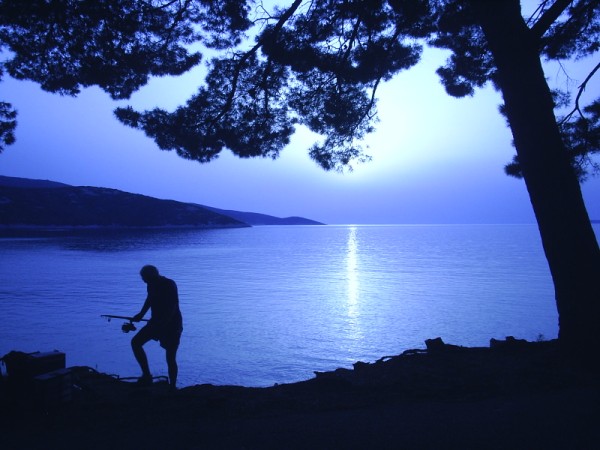 The View from our campsite