I awoke after around twelve hours sleep to find a beautiful sunny morning. Since my plan was to visit relatives in Forster I let Tom go on his merry way and took it fairly easy in getting going. I spent a bit of time at the beach and gave my things a chance to dry. If you’re ever around Booti Booti I can recommend camping at The Ruins campground. It’s a nice NP campground with a beach and good facilities.

Forster was only about 15km away, but within Forster itself there are a number of hills. The people I was visiting lived right at the top of these, so I felt I deserved the tea and hot crossed buns that awaited me there. Their verandah had a lovely view of the beach and I would have been happy to stay, but the view became that of a dark imposing storm making it’s way towards me. In a bid to defeat it I jumped on the bike and headed towards Taree, but it wasn’t long before I was riding in steady rain. It was still a nice ride along the river though. I stopped in near a place called Darawank for lunch out of the rain. 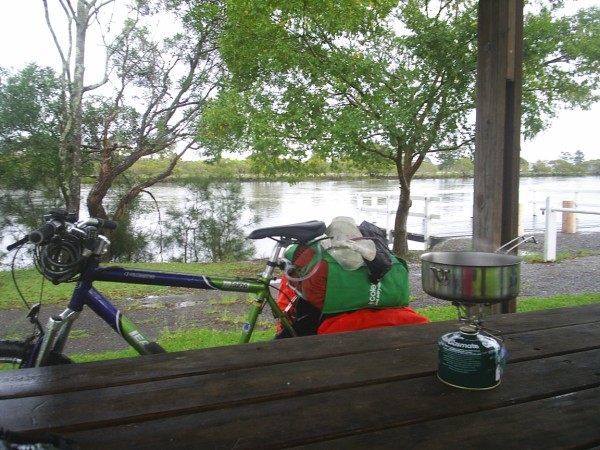 I had a bit of trouble with the rain covers on my panniers, so riding along the highway was slow going. My vaude panniers keep everything dry, but raincovers can just be a pain in the arse in heavy rain. They fill up with water, fall off, and generally don’t always behave as they should. However Pacific Highway has a wide shoulder and it’s not a bad place for a cyclist. It’s little boring and had heavy traffic though.

Anyway I made it to just past Taree to a place called Cundletown and checked in to a Caravan Park on the Dawson River. It was one of the more scenic camping spots I’ve stayed at, even though it was in a Caravan Park. 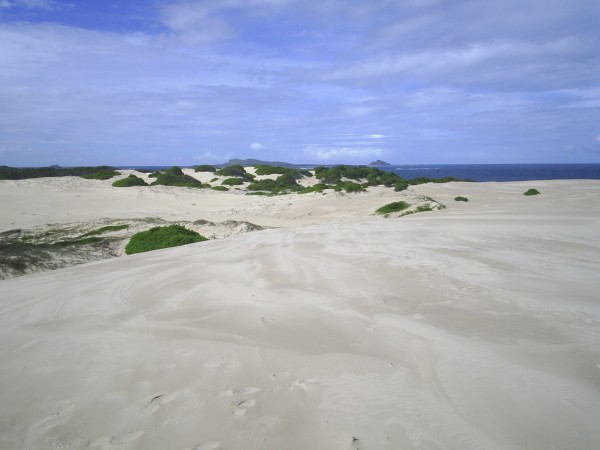 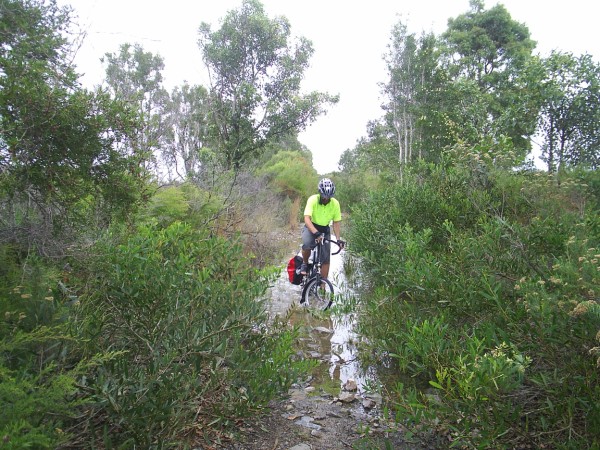